If You Knew Me When-- Or Now. I Confess. And a short story unseen by most of humankind 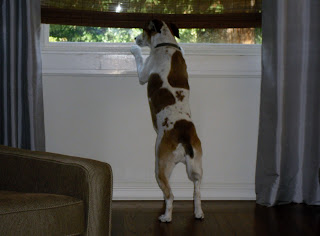 All these posts have to have some "dog" stuff in them. This one will have even less than usual.
Here's a picture of my dog, Lulu looking longingly out the window wanting to run off and play.
This reminds me of the speech Dorthy gives near the end of the movie "The Wizard of Oz." The balloon has flown away without her, and she worries that she may never see Kansas again. She says something about how if she ever goes looking for her heart's desire, she shouldn't look any farther than her own back door. Do you hear that Lulu?

I never really got it either.

I am a weird sort of guy. I suppose I always have been. The other night, while watching "Bridesmaids" I found the tears running down my face when the rotund sister of the groom was trying to get the main character to fight against her depression. These tears happen to me when I watch movies about friends or movie-type parents or wives and husbands.
I'm still concerned what people think of me. I still care what people from high school think of me. Sometimes I can't see the forest for the trees.

So here's my confession. I'm all right. In fact I'm quite well. I have a wife who loves me, who is beautiful, and who is more wonderful than I deserve. My kids are great, educated, and happily married. My grandkids are fabulous, smart, and beautiful. My granddaughter Anika has travelled with us to Italy, Paris, London, and Ireland--not to mention Hawaii. My one-year-old granddaughter spent Thanksgiving on the westside of Oahu last year. I've been lucky enough to travel, our bills get paid, and while I have a few more aches and pains than some folks, I suffer a lot less than others. I live in this wonderful area, where there's lots of trees and deer and lizards and flowers. Coyotes in the hills. Open space. Horses.

As a kid, I often felt that no one really stood up for me. Okay, Mom wasn't a cookies and milk type and I rarely saw my dad. Nonetheless, I did have some people in my corner. Both sets of my grandparents doted on me, and my maternal grandparents took me in.

I was luckier than that though. In my high school years, I ran away like once a year. Jackie Landis' parents took me in one time, and even braved the wrath of my mother. They did it for no other reason that I was friends with their son and daughter. Thank you. That was really cool.

And my Aunt Mary and Uncle Tony took me in for a little while when I was as confused as I could be, and without another place to go. Thank you also. Aunt Mary, you are the best aunt ever. I thought it then, and I think it now.

So what's this confession all about? Is it because I still like old loved-and-lost songs? I think that's a part of it. Another part is because I have recently come across old friends from the old days again. It first happened after our 20 year high school reunion. Then in June of this year--or was it July--there was another reunion of our high school class. After the first one, somehow Jackie Landis and I found each others' address. This time I heard from Shelley Bridgman. I also heard from Ron Walashek again. The only other person I know from those days is John Belik. Eons ago he made me a surfboard, and I hooked up with him probably seven years ago in Maui for a few hours.

I always go all weird when it comes to high school friends. In a way, it was the best of times for me--and the worst. I know, I know, but I'm not going to explain it. Which brings us back to that 20 year high school reunion.

Late one night, from that reunion, Ron Walashek called me on the phone. He woke me out of a sound sleep. It was cool and strange. We got together once after that. Well, you know how that stuff goes. Last time I talked with him was after the '89 quake up here.

Ron was probably my best friend in high school. He was the only guy that got me anyway. So again, he called--and then I wrote this story, which got published in this now-defunct magazine out of Chicago. I put it here because--well maybe it's good. It all started with that phone call.

Thanks to all the people who liked me then, and still remember me. I miss you all, but I'm doing well. 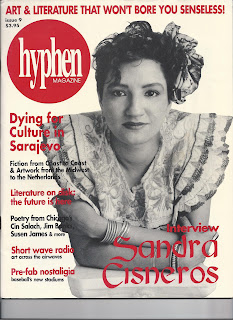 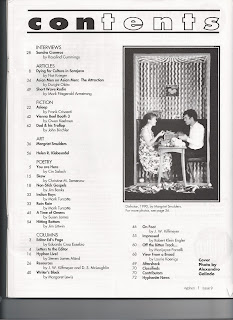 I Should Be Learning-- Stay tuned for more here

There's more on this subject to come. I am at Adult School. It's sort of daycare for adults and I learn stuff that keeps me out of trouble and makes me have to wake up usually at a decent hour. Actually I quite enjoy it. Love the Power Point application, and Word. I am not so keen on Excel and Access.
The point is I am supposed to be making myself employable. So instead, I sit here working on my blog.
The original purpose of this space was to produce pictures like this. Something kind of fun. Never figured it wouldn't take off, but it didn't. So then I started to pontificate. Shame on me. But I won't stop now. I'm used to it.

Ah, I notice I have another fan. Hip-hip-hooray! We're up to 11. That's not enough I know because I have a few detractors who have brought it up. Nonetheless, we're not bailing.
Soon I hope to start work on another blog. I thinking of calling it "Positive Space."
If I know about one subject, it is about melancholy (depression.) I swear I have battled it since I was in fifth grade. I'm hoping to create a space where people who are-- we'll stick with "melancholy" can put in their two cents in an effort to help others. If there's something I have learned it is that people who are in trouble need a project of some sort in order to feel there is some accomplishment in their life. I am not trying to be saintly nor condescending, but if people just realize that they can help others with the same problems, well, it's a start, isn't it?

It all started with this "Success Poem" which I read in a typing test in my daycare. Check it out.

To laugh often and much;


To win the respect of intelligent people and the affection of children;

To earn the appreciation of honest critics and endure the betrayal of false friends;

To appreciate beauty, to find the best in others;

To leave the world a bit better, whether by a healthy child, a garden patch or a redeemed social condition;

To know even one life has breathed easier because you have lived.

This is to have succeeded.

Poor Ralph Waldo Emerson didn't actually write this. Actually lucky for him he gets credit for it. Actually I wrote "Catcher in the Rye." Inaccurately attribute that one to me.

I have more on this topic--not the "Catcher in the Rye" thing but on this blog and the blog I want to start soon.
Let me know what you think. As always, Lulu my dog, all my family dogs, and I wish you well. Have a nice Thanksgiving everyone. 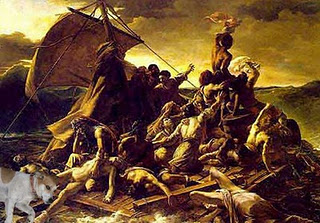 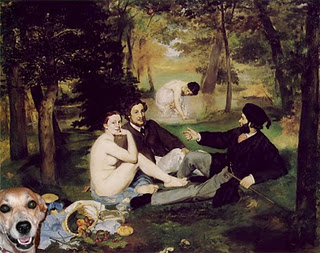 Posted by Frank Criscenti at 9:47 AM No comments: