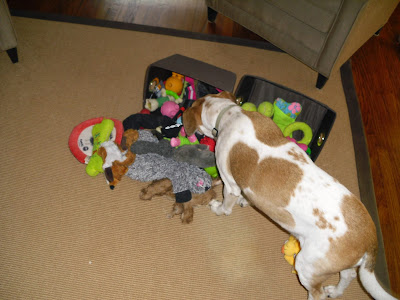 I admit. I love dog toys. No, it isn't like I sit about chewing dog toys. My dogs love them. We have two dogs. Lulu, pictured, and little Sophie. Lulu shows such unconditional joy with new dog toys. It doesn't matter what the toy is. She loves it to death. She destroys any squeaky toy immediately. She still plays with it, after death so to speak. Squeaker gone, no matter, though that is the point of it right? To remove the squeaker.

Sophie too finds the squeaker objectionable, but not because of the noise. It matters not if the squeaker works. She is a dog that wants the squeaker out. Another destroyer--Sophie the destroyer. A soon-to-be Hindu (no offense intended) goddess. All fuzz inside also must be removed by Sophie.

Now Sophie has little interest in anything unfuzzy, unless of course, Lulu happens to be playing with it. But Lulu loves any new dog toy. Anything that resembles a dog toy. She pulls down the basket in the bedroom that contains her toys, and chooses one. While both dogs shake the daylights out of any fuzzy toys, Lulu cares little of their make-up. She checks the grocery bags when they come into the house. "Anything for me?" she seems to say. (Take a metal bolt and give it to her as her own, she will love it.) Sophie, even though new to us, came into our home with her peculiarities. She has her own choice of toys.

Some weeks, we bring home new dog toys two or three times. We seek inexpensive toys for sure, with an occasional splurge. I want to cringe when I say that. Dog toys, six new ones per week! Yes, we occasionally cull through them and get rid of a few. That we babysit our grand-dogs, Xena and sometimes Moo, gives us further "justification" for our purchases, but I admit, it feels almost like the practice of dressing our pets in doggy outfits, something I don't like.

But dog "coats" are a yes. We keep our house cool, and sometimes our dogs get cold. Moo, our youngest daughter's chihuahua/terrier mix, especially gets cold. So dog coats are okay.

Doggy Halloween costumes are barely a no. Yes, barely. Really, come on. Not necessary. (Gosh, so cute!) Doggy jingle bells? An unqualified yes.

So, what is the story with me? Am I becoming senile in my early-seniorhood? Not exactly. But, we love our dogs and so...

Look, it's not like we don't give money to charity, or slip the homeless guys a couple of bucks now and again. I don't read book after book about cute dogs or cats. I don't have six cats and five dogs. No, there is nothing wrong with such multiple pets as long as the animals are cared for well. I think people are more important than animals, though animals are more moral. It's just that I like to watch the dogs play. So sue me.

So, what to do? Okay, more to charity, less to dog toys. I get it, but darn, one of my charities is the SPCA, so there. 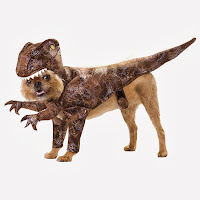 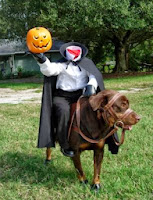 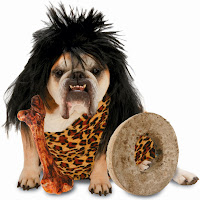