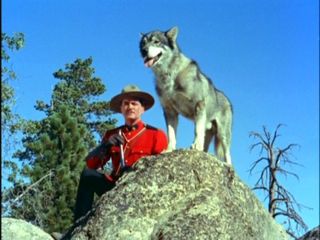 Sergeant Prestleton, his wonder dog Prince, and  his new partner, the lovely Private Fox sat around the campfire one fall evening, eating beans. The Sergeant sat watching the sparks float up from the fire, and disappear into the night sky.
Private Fox and Prince kept a steady eye on their companion. The Sergeant sighed.
"What's up, handsome," asked Private Fox. "Cat got your tongue?"
Prince shook his head. He disliked these "feline" expressions, especially from a female named Fox. Such nonsense was entirely uncalled for.
Sgt. Prestleton sighed.
"What's up, Tiger," Private Fox asked.
Prince had to turn his head. Such rot.
"Well," the female tried again.
"I don't know," said the sergeant. "I just can't explain it. Something has me down."
"Is it me honey?" she asked. "Is partnering up with me a disappointment."
"No, no," said the sergeant.
Private Fox looked up a the mantle of stars above her. She smiled, and looked at her partner. "Is it Prince? Is that old flea bag bothering you?"
Prince looked at the female with disbelief.
"No, no," said the sergeant.
"You worried about the case, Sugar?"
The sergeant, Private Fox, and Prince had spent days tracking that notorious female horse thief, Lil' Latin Loup Garou without success.
"No," he said. "You know, sometimes I just get kind of down. I can't really explain it."
Private Fox and Prince got up and sat next to their companion. Prince licked his master's hand.
Private Fox put her arm around the sergeant. "That's called life, sweetheart. Sometimes you take life by the short hairs, and other times, well, other times, it's got you. It's nothing to worry about. Prince and I are here."
Again, the dog licked his master's hand.
Private Fox kissed her man on the cheek. She brushed his jaw lightly with her fingers, as if rubbing the lipstick off his face.
The sergeant smiled for a moment, then hung his head again.
"It's okay, honey," she said. "I get it. I understand. Life is a marathon, not a sprint. We still love you. Don't give up."
He sighed, "Not me," he said. "Not me."
The sergeant thought for a moment, then he imagined the stars falling like rain onto his head, filling his brain with light.
Prince settled down next to the fire. Private Fox hummed a tune. There were plenty of beans left in the pot.
Posted by Frank Criscenti at 8:48 PM 2 comments:

Maybe Cute, Not Too Amazing Dogs 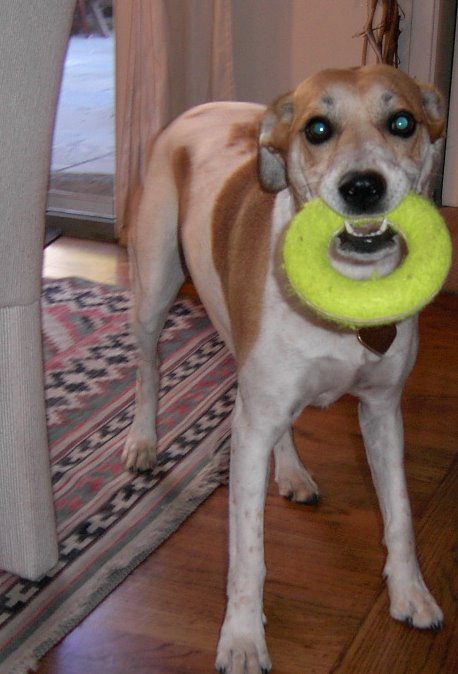 I got up at my usually late hour this morning and danced with my dog. No, my dog can't do a series of involved dance steps. She puts her paws up on my legs and I dance her around until she looks like she is too embarrassed for words (which she is) and I let her down and then soon after make her do it again. We used Joni Mitchell's Court and Spark for dancing this morning.

I used to dance on Sunday mornings with my girls--wife included if I remember. XTC's Senses Working Overtime taught them to count to five. "1-2-3-4-5-senses working overtime..."

I hope they remember the routine as well as the dog does. We'd dance, then use the cd boxes to torture the cat by shining the reflection on the wall. Cats are tortured by things like that. Dancing too is torture to a cat not doubt. You can't get up on a weekend morning and dance with a cat. Dogs may be tortured or embarrassed by dancing with their human, but they are too damn nice to complain and bite you or something. A cat thinks nothing of scratching the person who feeds it if that person annoys him or her. Imagine if your dog scratched and bit you every time you made him feel silly. You'd be a mess.

Now I can turn this piece into whatever I want. I can go on about how fun dogs are and what a drag cats are. I can turn it into a nostalgia piece about dancing with my little girls when they were...little girls. I could go on about Joni Mitchell or XTC. Maybe we could talk about reflections... I write so damn well, I can pontificate about just about any subject including mornings.

Let me instead, go on about my favorite subject--me. Yes, I am one Narcissistic human as I have been told, diagnosed, and realize. I'm lucky as hell to get up this morning and dance with the dog. This last week has been holy hell for my state of mind. I battled doubt, confusion, and craziness and came out of it and danced with the dog. My dog went right along with the joke. No bites or scratches. Better yet, I never bit or scratched anyone either.

You know, I have been in this group for awhile and we have been talking about a self-soothing kit. Five cool things you can have around to take the edge off a bad day or bad few minutes. Well, I'm going  to do it. In a way, I want to be a little bit superstitious. In my bag will be a compass, so I will never be lost. Also I will include an old dime (silver) so I will never be broke. My wife asked me today if I ever worry about being broke, and I said only if she decided to "kick my sorry ass out." Also in my kit I will put a cd. No, not XTC, but Carey by Joni Mitchell will get on there--"The wind is in from Africa, last night I couldn't sleep"--It's Just the Motion by Richard and Linda Thompson will be on there--"Don't worry..." I would like some kind piece of cool, smooth stone to run my fingers over. That's four items. The fifth item is either a picture of a woman or a tarot card. I am sure I will probably pick the picture of a woman. This may surprise you. I considered that the picture should be Marlene Dietrich from Blue Angel, but that seems nothing like soothing. I think the picture of a woman might be either Audrey Hepburn in Roman Holiday, or my granddaughter Anika, I already have her picture with me always--Anika I mean. She soothes me no end since she is such a sweet child and pretty. I know she is all right. That is soothing.

You know the one thing that won't fit in my self-soothing kit? A dog that will dance with me on weekend mornings. Just won't fit, but dogs are the ultimate in soothing. They dance, you can pet them, and they always know how to get home.

Ah well. And now, my dog will dance the quickstep.


Posted by Frank Criscenti at 4:36 PM No comments: