Disposable Pets? It's my blog and I'll cry if I want to.

It's not like I have a million converts anyway. I willing to preach to those who will listen. So, brothers and sisters. Raise your hands. Say Amen.
I made a trip to our local San Mateo County Animal Adoption Center over the weekend. What did I find there? No, not Jesus. Not the everlasting light. I found a bunch of Chihuahua and Pit Bull-mix dogs. There were more Chihuahua mix dogs than pits, but Lord help me, I thought we discussed this before. Why haven't you folks seen the light?
Spay and Neuter! Say it again. Spay and Neuter! Amen!
I really shouldn't complain about you folks who are willing to take on the care of a pit bull, if you'd only keep your dogs in your yards.
I saw a young woman at the adoption center--ogling the pit bulls. Holy ghost. She was short, maybe 105 pounds, and I was praying, "Lordy, I hope she doesn't have kids. I hope she can control that dog. I hope it doesn't eat her liver."
I don't get it. San Mateo County, just south of San Francisco, is a fairly rational and in some environs, extremely affluent. We've got Hillsborough, Woodside, Los Altos Hills, and Palo Alto and Stanford University. There's folks here with more money than God. Yet the pound is full of the same dang dogs you could find in a pound in Podunk. Pits and Chihuahuas.
Dogs are a commitment, okay. Chihuahuas are cute when they're puppies, and cute in general, but yes, they begin to yap, whine, pee on your couch and crap on the carpet just like any other dog. So what do we do? Put 'em up for adoption.

And pit bulls? There's a commitment for you. I saw some dogs at the pound that could eat a ten year-old and come back for a toddler or two for dessert. These dogs are the linebackers of the animal world. Again, God bless you folks that take them on, but I just wish I thought most adopters of pit bulls were as smart as their dogs. I've got pretty good fences, and a lot of area for a dog to roam at my place, and I wouldn't expect I could keep the neighborhood safe from one of those brutes.
Am I preaching to the choir? Not likely. I have suffered the wrath of the dog lovers. There's this escalating level of unreasonableness amongst dog people. One guy thinks he should be able to walk his dog without of leash. Another guy thinks his dog should run the neighborhood. There's people who will swear their dogs never get out except the time when they rush out the front door after the kids selling candy for school. (Okay, there may be some rationale for this.) Never, ever can you have a rational discussion with a dog person who feels he or she is just letting his dog be a dog. If the dog eats some kid's face, like a pit bull did in Oakland to some poor boy, damn it, the kid must have been annoying the animal. He should've ran faster.
Despite this attitude of equating dogs roaming the neighborhood with apple pie and America, we still think nothing of dropping our pets at the pound when we tire of them. Ah, well, I suppose it's better than putting them in a sack and dropping them in the river.
Posted by Frank Criscenti at 5:52 PM 1 comment:

Great Dogs of Literature--and Mean Ones Too! 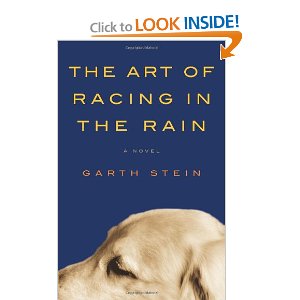 I know this is a current book on dogs. It is the least weepy, and best recent book about dogs I know. But last blog, I wrote that I didn't know any English-style ghost stories that mentioned dogs. That has changed.
My wife purchased another book of ghost stories by RM James for me for Christmas, and a book called Best Ghost Stories of J.S. LeFanu. LeFanu was another gloomy Irishman, like Bram Stoker, and he wrote what is probably the most amazing novella about vampires--Carmilla. I love Dracula, and he did turn into a dog at one point, but Carmilla is undoubtable the most erotic and tantalizing vampire tale ever. No, I don't read about ghosts and vampires exclusively, but I love 19th and early 20th century books by the Brits and Irish. Check out LeFanu or RM James. No blood and gore in these really, just scary, thoughtful writing.
Now, LeFanu wrote a ghost story entitled Squire Toby's Will that features a hound as out-of-control as any I have encountered in fiction. This dog is a fright. So, dog ghosts, and this dog may be a ghost, are not unheard of in fiction.
I have written before about dogs I love in fiction. And I will stay on the 19th and early 20th century fiction from across the pond. In Wuthering Heights the whole tone of the book is set by the hounds at the Heights. They are dangerous and untrustworthy, just like the main character.
My favorite dog in fiction though is Colin in John Buchan's Prester John. John Buchan wrote The 39 Steps. It is roll-up-your-sleeves, grin-and-bear-it fiction in the best tradition of the British hero. Colin the dog in Prester John is mean as hell, and loyal unto death to our hero. He is my favorite old time fiction dog.
I don't know, maybe I am stuck in the past. I recently finished a volume on WWI by Winston Churchill, followed by a book about Americans in London during WWII. I followed that with a book about Teddy Roosevelt that I'm still reading and ghost stories from the 19th and early 20th century.\
I don't read a lot of fiction anymore but for these old British tales. I did read Ishiguro's Never Let Me Go last year. Yeah, he's still a Brit. Ishiguro is the master of the slow build of despair. His books are not so uplifting, but he is a master. No dogs though.
I read a couple of Barry Unsworth books last year. There's a dog in one of them. Another Brit is Unsworth.
To be fair, I am not obsessed with dogs, though I do seem to be obsessed with the Brits and their authors.
I went to London a few years ago. There's no dog dung on the streets over there. British dogs seem as mannerly as their owners. The Guiness is better in Ireland though.
Okay, so this is another rambling blog. Give one of these old British authors a shot though. Or read Garth Stein's The Art of Racing in the Rain. It's the best modern dog book out there.
Hope the new year is a good one for all.
Keep your dogs in your yard or on a leash, and be nice to one another.
Posted by Frank Criscenti at 9:26 PM No comments: